I Refuse to Go Alumni Status

A simple idea occurred to me while attending a fraternity’s international convention. Like most conventions, the attendees were largely undergraduate students, but there were a fair number of alumni as well. This fraternity referred to its undergraduates as their “members” and alumni as “alumni members.” I think this is fairly common in both fraternities and sororities. 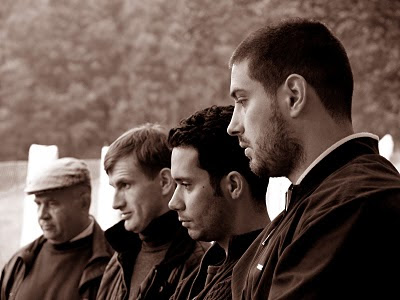 Thus, having been out of college for about a dozen years, I was referred to as an “alumni member.”

As a national or international organization, what if you reversed that? What if you started calling your alumni your “members” and your undergraduates something like “collegiate members?” How might that simple word switch change the culture of your organization?


Many sororities already refer to their undergraduate members as “collegiates,” but use “alumnae members” as a term also.


In my experience, when the designation of “alumni member” is conferred upon an individual, either informally or formally, it creates a change in mindset. It creates a sense that the primary work is over, and that one’s involvement in the fraternity is diminishing. That may not be the intent, but it seems to almost always be the result.

How many times have you heard an undergraduate say that they are going “alumni status?” This is code language for “I’m done.” While the experiences of a college student and a graduate are markedly different, somehow the illusion has been created that being an alumnus or alumna means that you are less of a member.


We are lifelong associations, right? Well, if a person lives to be 85 years old, they will have been known as “member” of their organization – in the standard sense – for only 6% of their adult life. Is it any wonder that we have problems with alumni engagement?


It should be noted that most NPHC organizations see tremendous involvement from alumni, especially those who join after the college years. They face less of a problem.


Changing language isn’t enough. It never is. However, for most groups, it can start us towards a new era of greater engagement by our members. It can also give greater meaning – not less – to that critical transition from graduating Senior to real-world adult.


Wouldn’t it be great if alumni stopped saying that they used to be members of their Greek-letter organization? Perhaps, if we give them the right to call themselves members, they will.


I am 43 years old, and have been out of college for 22 years. I don’t believe that I am less of a member of my fraternity now. In fact, in almost every way, I hope that I am a better one.


From now until my last breath, I will proudly be a member of my fraternity.

And the journey continues.