One  morning about three weeks ago, my 4-year old, who would typically go to school with bedhead that would make Don King jealous, emerged from the bathroom with a very wet and surprisingly well-combed head of hair.  He did this on his own, and my wife and I had no clue what brought it on.  After all, this was the kid that would run screaming through the house like his rump was on fire if we had even tried to put a few drops of water on his melon.  As I drove my well-groomed little gentleman to school, I continued to wonder about what caused this change in behavior.

Once I got to school and dropped him off, the reason became very clear.  It’s name was Olivia. 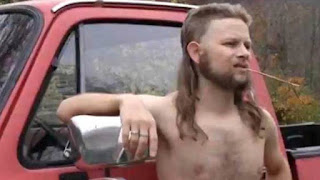 This incident reminded me of the tremendous power women have to influence men’s behavior.  Whether it be our moms, sisters, girlfriends, or wives, we as men owe a lot to women for civilized behavior.  If not for my wife, I’d probably look like this guy ---->


As we try to advance the men's fraternity movement, we could use some help from our female friends.  Many fraternities and fraternity men behave badly – being insensitive at best and harmful at worst.   A lot of these men receive an assist from women who let them off the hook. They let them feel no consequences for their boorish behavior.

The amount of influence that women have on men is so consequential, that they may be the best answer to creating a more values-driven fraternity culture.

So – I implore the undergraduate women reading this to do a few simple things to help us right the fraternal ship.  These suggestions won't take a lot of time, but you may change the course of history.  Here is what I’m asking you to do: 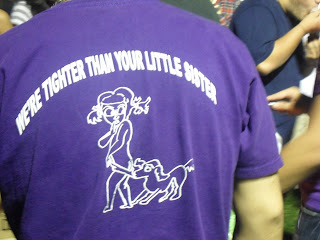 Oh - and if appropriate, tell them their hair looks nice when combed.