"You can't stop people from thinking - but you can start them."  (Frank Dusch)

Over recent decades, I believe we have undergone a renaissance of thinking in fraternity and sorority life.  Most of this thinking has been in reaction to the negative course Greek life was taking in the 70’s and 80’s.  When I was an undergraduate in the late 90’s, some really thoughtful and innovative views on fraternity/sorority emerged.  I was a product of these new paradigms, and to this day, I believe they hold the answer to our future.

I believe strongly that there is a fundamental problem in Greek life that creates the dozens of problems we deal with daily.  Hazing, alcohol abuse, vandalism, and other such problems all have the same root cause: a lack of respect for the power of the fraternity experience.  People take care of things they respect, and too many of our undergraduates and alumni simply don’t respect these powerful entities called social fraternities.  Because so many view fraternity as a throwaway extracurricular activity, that’s how they treat it.

How do we help our members truly see and accept the power of the fraternity experience?  I believe there are five power paradigms – or frameworks – that we need to inspire our members to accept.

If we can shift our undergraduates and alumni towards these new paradigms of thinking, then I believe we begin to alter fundamental beliefs about why fraternities and sororities exist, and why they matter.  While I have expanded on some of these, I didn’t invent them.  This list is a collection of some of the most transformative thinking to come out of the last three decades, and there are many brilliant minds who deserve the credit.

Years ago, I heard someone refer to Greek life as the “fraternity movement.”  It’s a pretty common phrase now.  And – it’s a very powerful perspective.  Movements are big things that create transformational change.  That’s a far cry from being just a bunch of clubs with meetings and parties.  If Greek life is a movement, to what end?  Movements have to try and do something.  In my opinion, ours is a movement intent on promoting lofty ideals in order to raise their importance in society.  We proudly promote ideals like leadership, service, kindness, intellectual curiosity and excellence in order to build up their relevance.  However, promoting ideals is not enough.  We are also a movement that provides values to a world that hungers for them.  As members, we are called to live by high standards and exceptional values.  If each of us does that, then we become the literal embodiment of these values and simply our presence in the world makes it better.  The more of us there are (the greater our movement spreads) the more we crowd out negative forces like corruption, unethical behavior, and selfishness.  Soon, if we do it correctly, our world is driven by the very values we have taken oaths to uphold.  That’s a movement! 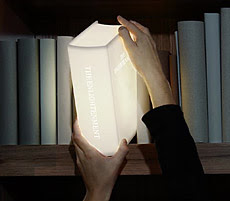 I may be wrong, but I believe the great Ed King (Sigma Chi) started us down this road many years ago.  He wrote and then spoke about the “Secret Thoughts of a Ritual.”  More recently, the North American Interfraternity Conference, through its UIFI program, pushed this further with its focus on “living your ritual.”  Or, “how can your Ritual be your ritual?”  The basic message is this: the Ritual contains the teachings of the fraternity/sorority, and are meant to not only be heard, but internalized.  It is typically performed as a ceremony in order to give life and power to the values it conveys, but the values should be lived on a daily basis.  The Ritual books deserve study and examination and we serve our fraternities well by adopting the Ritual teachings as habits.

As I blogged about a couple of months ago, I believe that brotherhood can be defined as the bonding of men of various backgrounds, beliefs, places, and eras around a singular set of life-directing commitments.  Brotherhood or sisterhood cannot exist if the commitments aren’t there first.  What makes me a brother with someone – in the fraternity sense – is whether or not I have committed to the same oaths and obligations as him and stay committed to those oaths throughout my life.  Because of this, having the strongest brotherhood or sisterhood on campus is only true if your organization lives up to its oaths and obligations more than anyone else.

There is a connection to recruitment here as well.  The values-based recruitment movement could be a power paradigm all its own.  If brotherhood/sisterhood is defined by values, then our efforts to bring new potential brothers and sisters into the fold should also be defined by values.  I should judge a recruit by how much he/she has the capacity to commit to the oaths and obligations that define our brotherhood/sisterhood.

I can’t remember who told me this when I was an undergraduate, but it has stayed with me all throughout my years as a fraternity man.  Social is a derivative of the word society, and thus, social organizations are ones that benefit and prepare someone for society.  Too many use the social label as a license to be defined by parties, alcohol, and drugs.  There is nothing wrong with a fraternity having parties, or of-age members drinking, but when the organization’s purpose and defining essence becomes these things – then it’s a problem.  A big problem.  Let’s redefine social to mean what it’s supposed to mean and take pride in the fact that we are one of the few organizations that can carry this moniker, because we are so embedded in the greater society.  I’d recommend a review of Phired Up Productions book We Dare You for a greater distillation of term “social.”

Power Paradigm #5: Fraternity should live beyond the undergraduate years.
In response to: A fraternity/sorority is just a way to enjoy my college years.

A few years ago, I wrote that I personally refuse to go “alumni status,” which is the common
term for someone checking out of their fraternity life.  If we are doing this fraternity/sorority

thing right, then the undergraduate years become just a small pre-cursor – a launching pad – for the acceptance and implementation of fraternal values for the rest of our lives.  Lessons from fraternity can define our roles as partners, fathers, and mothers.  It can influence how we experience and excel in our chosen careers.  A fraternity’s values can lead us towards greater civic engagement (e.g., join Kiwanis!), and to simply be better neighbors.  Being alumni members doesn’t mean gathering once a year for drinks after work – it means using the organization’s values to experience better lives.

Taken individually, each of these paradigms are powerful and deserve greater discussion.  Collectively, could these be the big five?  The paradigms that once united, become the direction for our future?

I love the idea of trading in the magnifying glass that looks only at our limitations, in favor of the prism through which we see our possibilities, potential, and power.  Through our conversations with undergraduates, alumni, and each other, let's shift the paradigm.  Let's forever change fraternity for the better.