The Problem with Fraternity "Colonization"

Remember when you joined that house chapter and met some of your fellow pledges new members? Rush Recruitment was an exciting time filled with anxiety and anticipation, as you and other rushees potential new members hoped to join a new community of lifelong friends. The frat guy fraternity man culture on campus needed a transformation through positive change, with a focus on risk management education and harm reduction.

This week we saw multiple postings on social media related to Columbus Day and the 'true' story of history often untold. I want to expand on the notion that history tells this story of exploration and discovery, often omitting death and demise of the indigenous people of the native land. Let's bring that to the fraternity/sorority world.

Our organizations have evolved over time to be inclusive of the current context, particularly with our language. In fact, we as a community have changed several of our terms over time. But there is one word/concept that I feel needs a revolution: COLONIZATION. 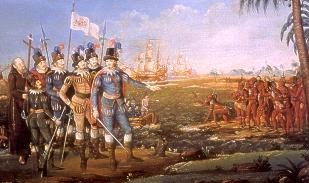 1. to establish a colony in; settle.

1. any group of individuals having similar interests, occupations, etc. usually living in a particular locality; community

The definitions above seem suitable in building community, but when placed in a historical context we uncover the problem.  When we 'colonize', the actions assumed are to have a western civilization interrupt a native culture, promote power and privilege, and become the dominant leader of the land. But often that's not our goal. Rather, we intend to be recognized in the campus community and by governing councils, succeed with high expectations, recruit diverse and inclusive members, and sustain on campus with a focus on values-based recruitment and programming. The goal, however, is to promote positive change and growth within the entire community on that campus.

Growth and expansion are crucial efforts for sustainability and success, as each of our organizations have intentional plans for the future of our membership across multiple institutions. I was honored to be a founding father founding member (this is another issue as we continue to welcome trans* and gender inclusion) of my fraternity the spring of my sophomore year, so I have been a product of a ‘colony’.

So what if? What if ‘colonization' become the next phrase we transform to meet modern context? What if we stick to extension and expansion? What if ‘colonies’ were renamed associate chapters, pre-chartered organizations, societies, interest groups, establishments, etc? I commend those organizations that have courageously and progressively changed their culture and language and I urge others to challenge these terms. For some it’s just semantics, but for others it may reflect a lifetime of oppression and pain.

I challenge us all to continue to transform our values into action, through positive social change, cultural competency, and inclusion. We have an obligation to cultivate a place for all students, promote community, and challenge words that often have a negative connotation, history of oppression, or meanings that do not reflect today's context.  Let’s shift from micro aggressions to micro (if not macro) affirmations. It’s my hope that inter/national headquarters colonizing seeking charters on campuses consider this idea when recruiting new colonies associate chapters.

Brent Turner serves as the Executive Director of Student Involvement at Northwestern University. He has been actively involved with the Association of Fraternity/Sorority Advisors, American College Personnel Association, The LeaderShape Institute, UIFI, and his fraternity, Beta Theta Pi. He can be reached at bdturn03@gmail.com.